That person that pushed in front of you as you were boarding the train, well they just had no manners! You raise your eyebrows, maybe even tut and then for the rest of the journey sit there with bitchy resting face. You stew things over and contemplate what a rubbish day you are going to have, it’s as if the whole world is against you.

Your boss is in a bad mood or two of your colleagues are laughing and joking and you automatically think, “is this about me?” Your brain reacts in a way that makes you absorb what’s going on as a reflection of you. My boss is in a bad mood, I must have done something wrong, they are off to lunch they don’t like me, I texted two hours ago, they haven’t got back to me, I’m going to be dumped. We all do it. We create this negative cycle of drama and sometimes because we believe it we project it and sometimes it comes true.

We make things out to be one way without actually knowing the facts. Your boss may simply be in a bad mood about a range of things. If you haven’t done something or haven’t done something properly then the likelihood is that they would tell you so. They have just gone to lunch because they want to, it’s not about you and if it is let them! You’re better than that. Do what you have to do! Accept the situation for what it is, know what is it true and what isn’t. Sometimes and this sounds silly imagine you’ve got Judge Judy in front of you, what would she say.. She’d want evidence.

Now a lot of this stems from a feeling of quite simply feeling not good enough. We can manifest that in a multitude of ways. The over confident, out for themselves person in the office is probably the one who feels it’s more than others. Don’t be fooled by a loud voice and smoke and mirrors of bravado. It’s often a mechanism to say hey look at me I’m doing a great job! We look for excuses and make scenarios as to people who don’t like us and reasons for us not getting that promotion. It’s easy to devoid yourself of responsibility because then it’s always going to be someone else’s fault. Whilst not detracting from bad behaviour in the office and bullying we all have choices in our career and a responsibility to ourselves.

We also revert to our high school roles at times, class clown, bullied, bully, fat girl, prom queen, jock, and a whole lot more. These roles to a certain extent are repeated in the corporate world. Even when we’ve left that world a long time ago situations can automatically take us back to that Janet Jackson loving gay kid who was last to be picked for sports (yes that’s me). We have to remember we are not 14 and that ultimately people’s behaviour is about them not you. Take responsibility if you’ve messed up, mistakes happen, it won’t be so bad as you think! Also it can be hard for the prom queen who after years of adoration gets no attention. At least us freaks and geeks and bullied kids have the resilience to deal with that stuff! You see you can always look at things from a different angle.

So take a deep breath, commuting can be rubbish, people at work can be moody and difficult (I’m sure you can be too) but smile, take it in your stride. Everyone is fighting their own battles so be kind. I find sometimes just making someone a cup of tea or asking them how they are can really diffuse a situation. Don’t make someone else’s drama into your drama you might think you are being helpful and supportive but sometimes you might be fuelling fire. Let them make their own decisions. Offer an ear and some wise words but let them take their own path.

If you are finding yourself consumed by negative patterns talk to a trusted friend, seek help. Break your day into ways that will make it easier for you. Sometimes it can help to write things down. Often when we are feeling at our most anxious writing can help. It may not be immediately clear but it’s good to look back at journals. To see how far you’ve come but also to recognise triggers for your behaviour.

Ask yourself, “is it really about me? 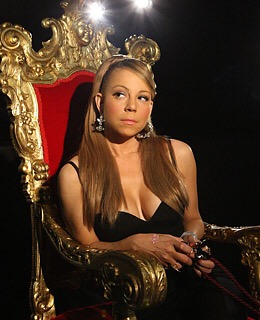