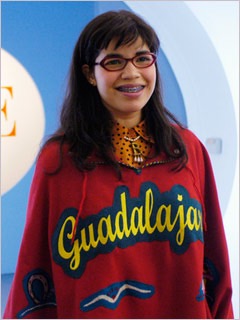 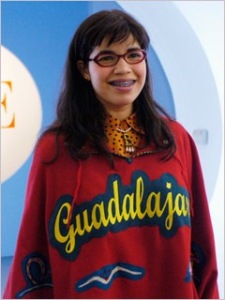 You are starting your career, you’ve hustled and interviewed, sat down for numerous cups of coffee with people and smiled earnestly and nodded in the right places and now it’s your time. You’ve got your first job in tv/advertising/Pr/ fashion/ digital (delete as appropriate) or you are taking the city by storm in a power suit and a serious hairstyle. That sense of accomplishment is often sat along aside a feeling of dread, I feeling of “will I fit in” or “will I have to change”. Life really isn’t Legally Blonde where a few bend and snaps, a congenial smile and a determination to wear pink coupled with being good at your job wins everyone round. Sometimes being good at your job isn’t good enough and anything that makes you stand out can be held against you, it can be like high school where only the popular survive. Now I am exaggerating but one of the things I’m asked is, how to maintain  who i am? How to I keep my authenticity in what to many is a fake and shiny world.

Here are a few hints and tips if you are feeling like Ugly Betty arriving at her first day at Mode in a poncho..remember as well she turned it around!

Ok so you’ve been hired for your talent, you’ve been hired for who you are! That includes you as a person, your personality.  Give yourself a pat on the back and always remember, people rarely if ever get hired just because there was no one else or just because the interviewer thought you were a nice person. Remember you are also new, so take your time to get to know people, suss the office environment, see what’s going on. Don’t go in there lording it up or trying to be everyone’s best friends like Kesha pre rehab. Just observe, engage and you’ll find your way.

Is it really fake?

Think about your perceptions before you start the job and ask yourself “do I know that to be true?” What you’ve gaged about working in that particular industry have you gained that from the tv, from the press, from friends and family, “Steven worked in TV, he became so full of himself” or “its cutthroat in the city, working all hours, drugs, strippers and lots of sums” They might be someone’s experiences but they are not your experiences. Even if you’ve worked in the industry for a while, you can have a perception of a new company based on what you’ve heard, that may turn out to be your experience but it also might not. I also think if you start a job with the mindset that the company and the people will be a certain way then inevitably I think you will be surprised when that doesn’t materialise.

When you are new the attraction of cliques can seem like the answer to your prayers. A whole ready made group of friends that you can go for lunch with, go down the pub with, share your secrets with. Often when we start our careers we blur the personal and the professional. Don’t get me wrong you can make some wonderful friends at work I know I have, just be mindful that you are hanging out with people that are supportive of you and are authentic in themselves. I’ve seen many a young runner be devastated when the runner they thought was there pal has thrown them under the bus, or made out with their boyfriend, or cut them off because they are going for the same job as you. In the eyes of Managers you can be seen as part of a clique and that may make them believe that you take on the traits of the rest of the group. This doesn’t necessarily have to be bad, but it’s not great being seen as the bitchy group, or the party hard group or the lazy group.

It’s very easy to be drawn into those “you’ll never guess what Sharon did on Friday night conversations”  We’ve all done it, the thrill of finding out about someone’s mishaps is often what bonds people together. I’d also say though if they are all talking about Sharon then the likelihood is they will talk about you at some point. In these situations and particularly when you are new, it’s hard to say “that’s mean, please stop talking about Sharon” because then all the attention is drawn to you and you have just highlighted to people that what they are actually doing isn’t nice. When this is done people react defensively or lash out. I’ve found myself in these situations and I’ve just kept quiet, I’ve kicked myself later at not speaking out but felt the safest way was to do that, to not condone the bitchiness but also not to draw attention to the bad behaviour. That is probably cowardly but navigating around the politics of the office it felt appropriate at the time.  Remember to like who you like, and be true to yourself, i was sat at work and everyone was talking about festivals and hipster bands, all great but I had not heard of many of them. When asked what gig I was next going to I replied Taylor Swift, which was met with derision but it was the truth and besides you can really sing along with Taylor.

The work place is a competitive place and at times your values and ethics are called up to be accounted for.  Ask yourself honestly do you treat people the way that you would like to be treated? Blaming someone else but get you off the hook but it won’t make you allies. If you’ve made a mistake sometimes the best thing is to just be open about it. It gets tricky though when someone throws you under the bus for something that you didn’t do. React calmly and relay your version of events but remember karma is a bitch and they’ll get their just desserts in due time.

It’s ok though to be competitive, but be competitive with yourself. Challenge yourself to do better, make sure you are doing the best job you can. Then you’ll shine. Making someone feel insecure or belittling someone might get you ahead in the short term but in the long term it will be remembered and you never know when you need to relay on someone for a job. So play nice, be nice and compete with yourself. Do that in your way, people can say you are too soft, too trusting, too bullish, too whatever but focus on the actions that you are doing not on your personality. Your personality is fine, just look at your communication skills and think am I getting my point of view across in the most effective way.

The workplace can be a hot bed of booze and drugs, those we are all heading down the pub for a cheeky pint, can soon see you rolling home at midnight on a regular basis. It can feel that I need to be seen at the pub in order to be seen that I am serious about my job. It’s all about networking. What though if you don’t drink or don’t want to drink? You shouldn’t be made to feel that you have to, ask yourself how often are you prepared to socialise with work.? Don’t feel peer pressured into drink or drugs, I worked at one company where drug talk was as rife as talking about making tea. That really shocked me and having never taken drugs or never had the inclination to (I’m not being judgemental that’s just how I feel for me) I was made to feel like I was uncool.

Don’t  be apologetic for not wanting to go to the pub, just be honest about it, “I don’t drink but if love to grab lunch” short and simple usually works.

The world of media can mean long hours, busy days and often difficult people. As deadlines need to be meet and tempers get frayed it can be easy to lose any perspective of work/life balance. When in reality this is probably the time that you need it most. Find time to relax, to do the things that you enjoy. When working on a busy production that can become your life, but if you just want to go home and exercise, or read a book or mediate for half an hour then it’s really important that you do. I think during these times its good when you can to see friends and family who don’t work in the industry. This will give you a real sense of perspective and also won’t draw you into work type conversations. It’s easy to head to booze or cake in these times but eating healthily and exercise will calm you, and fuel you to be more dynamic the next day.

So you may need to adapt to navigate the complexities of the work place, but always remain true to yourself. Focus on the work that you are doing and avoid a compulsion to be something that you are not. What really worked for Elle Woods in Legally Blonde was being herself, that’s what made her a hot shot lawyer after all!